Congrats to all the filmmakers on another great festival! 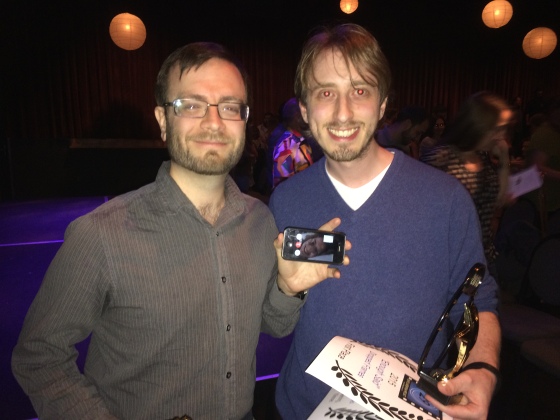 Congratulations to Jeff Mikoni and Brad Tehaan of Dropped Frames, who took home the grand prize. Team member Angela Bernhardt had surgery and checked in via iPhone.

A long overdue thanks and congratulations to all the filmmakers who participated in this year’s 29 Days Later Film Project! Here are the top five winning films and teams in case you missed the awards presentation:

Congrats again to our nearly 30 filmmakers and thanks to our wonderful sponsors and everyone who came out to the screenings. We look forward to hosting the 8th Annual 29 Days Later Project next year. Stay tuned for details in Spring 2016!